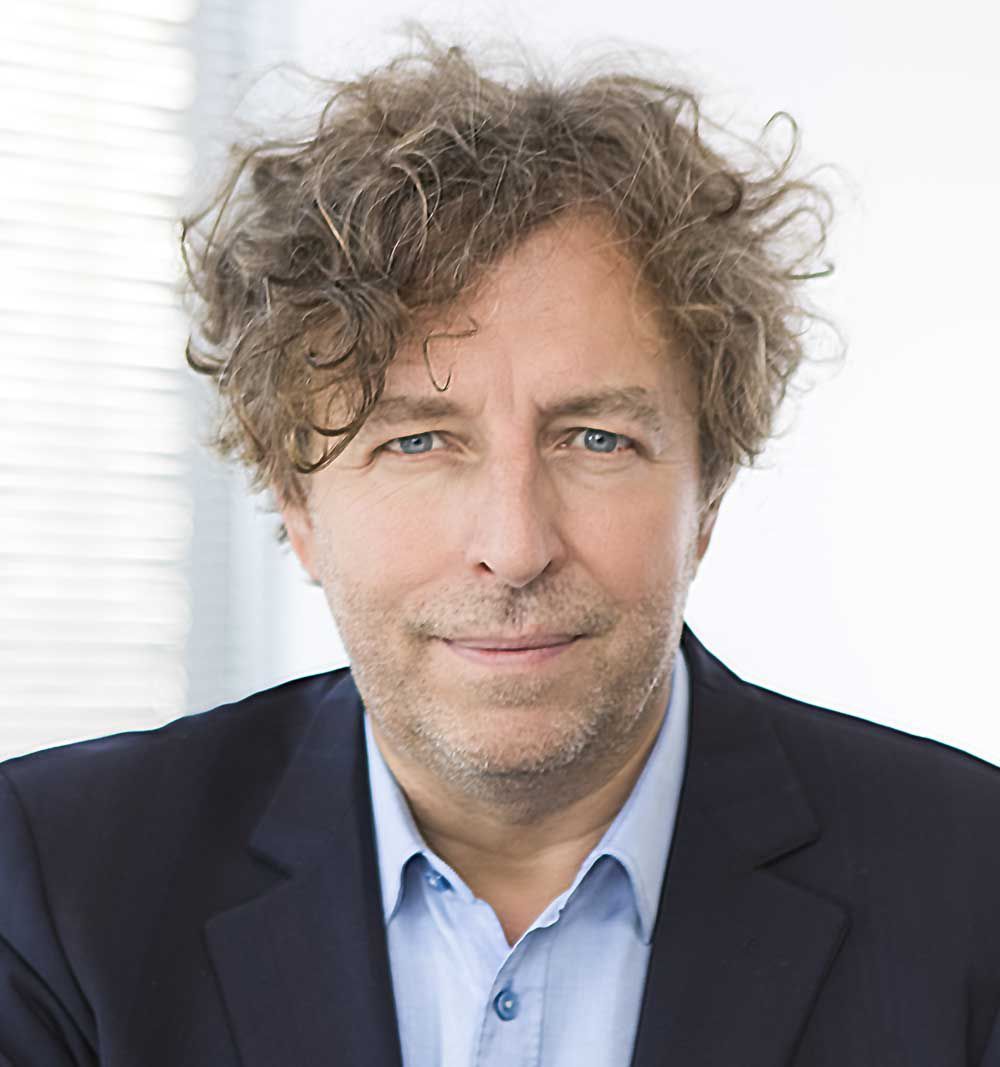 Greg Hajdarowicz is a graduate of the Institute of Political Sciences at the Law Faculty at the Jagiellonian University in Kraków.

As a student, in the 1980’s, he was an active opponent of the totalitarian system in Poland. In 1988, at the age of only 23, he gave a speech as a representative of Poland during the great demonstration of the Enslaved Nations against communism, which took place in front of Congress in Washington during Gorbachev’s visit to the United States. In the late 1980’s he lived and worked in the US.

After returning to Poland with its nascent free market he invested his savings of $6000 in a business venture and in 1991 he founded a pharmaceutical company, Gremi, which initially specialized in distribution of pharmaceutical products. The company rapidly expanded to cover the whole country. In 1990-1994 he was also a councilor of the city of Kraków, probably the youngest councilor in Poland. In 1994, Gremi diversified its business to pre-development projects and investments on the Warsaw Stock Exchange. The restructuring of failing enterprises became another line of its business in 1996. The company’s assets included a farm machinery factory, a printing house, a military parts factory, seven furniture factories, a dredging company with twenty-five vessels, an electrical engineering plant that deployed a voting system for the Polish Parliament, and a healthcare system with 5.5 million chip cards and 24,000 double-slot reading devices. The industrial holding company set up by Greg Hajdarowicz was employing 2,500 people in 2002. Those businesses were subsequently sold to industry investors and Gremi focused on equity and real estate investments.

As part of the real estate business, an approach emerged that sought to create new value by addressing local needs while at the same time nurturing cultural activity. One example is the regeneration of Kraków’s industrial district and Gremi’s donation of the buildings of the former wartime factory, where Steven Spielberg shot his famous Schindler’s List. The city agreed to use the site to set up two museums: the Museum Schindler’s Factory, dedicated to the tragic years of the Holocaust and the Museum of Modern Art. These two projects provided a springboard for further investments that thoroughly altered this hitherto neglected former industrial district in the heart of Kraków.

In 2009, Gremi also invested in a unique project in Brazil by buying Fazenda Estrela, an area of 2,347 hectares with a 6.5 km long beach. After several years of effort, building permits have been obtained for the construction of hotels and a technology park over an area of over 330,000 square meters. Greg Hajdarowicz initiated International Film Festival in Baia Formosa FINC which is an open-air Festival of Independent Cinema that takes places every year at the end of November in Baía Formosa. Since its first edition in 2010 it has been growing and is considered today, at its 10th edition, as one of the most highly regarded Film Festivals in North-eastern Brazil with support of the public sector (Rio Grande do Norte State Government and local authorities of the municipality), big private companies (COSERN, Cabo Telecom), Universities (IFRN) and established a cooperation with the Netia Off Camera Festival from Cracow, Poland. Encouraged by two editions of Clean up the World organized by the Polish Gremi Group in Baia Formosa, Clean Beaches Program in Baia Formosa.

The acquisition of Przekrój weekly in 2009 marked the beginning of a media venture. Today the Company owns Rzeczpospolita, Poland’s most influential newspaper. Its media portfolio also includes the business daily Parkiet). All press titles published in Poland (540 titles), as well as e-books and audiobooks, are distributed by the Company’s platform e-kiosk.pl, reaching 4 million readers.

In 2017 the capital group increased by a new investment - a former film and sound recording studio where the plan is to create an entertainment-education center with the development of VR and AR technologies. Greg Hajdarowicz and his team are working on creating an international chain of 13 Amusement Parks and Alvernia Planet Citizenship Network.

Honorary Consul of the Republic of Brazil.

Member of the American Chamber of Commerce (Amcham).

Member of the Polish Business Roundtable.

Founder and main shareholder of the GREMI Group which controls, with assets of nearly 750 million euro.

Motto: The best way to predict the future is to create it. Greg is a fan of extreme sports such as kite surfing and heli-boarding.

Greg loves travelling for leisure and for business, his favorite destination is South America, especially Brazil.

This email address is being protected from spambots. You need JavaScript enabled to view it.